Main / Books / The Amazing Adventures of Kavalier and Clay

The Amazing Adventures of Kavalier and Clay

By Michael Chabon, A story about the rise of the modern comic book hero and its role as a Social Justice Warrior in pre-WWII America

There’s been chatter lately from certain outlets about how comic books are being ruined by social justice warriors (or “SJW”s for short) who are making these stories too “political”. It’s ironic for a number of reasons — one of which is that the modern day superhero has a storied history of being a social justice symbol.

Anyway, it prompted me to finally finish The Amazing Adventures of Kavalier and Clay, which I’ve started and stopped a few times. For a while, a lot of people cited it as their favorite book, but it seems to have drifted off from popularity for some time now. At any rate, originally published in September 2000, it’s set around the time when comic book heroes began to be popularized and is centered around a microcosm of that trend.

The Amazing Adventures of Kavalier and Clay focuses on two cousins and their lives around the time of WWII. Joseph Kavalier is a Jewish teenager living in German-occupied Czechoslovakia before the war. Due to a fluke, he is the one member of his family eligible to emigrate to the United States.

With the assistance of his old mentor, a stage magician, he is smuggled out of the country in a crate containing a large Jewish relic, the Golem of Prague. He moves in with his aunt and his cousin, Sammy Clayman — or “Clay” for short, who works for a comic book publisher, but is troubled by thoughts of his family and the situation that he left behind.

Joe, an artist, and Clay, a writer, team up to develop a comic book series, and are tasked with creating a new superhero. Joe channels his frustrations into this character called the Escapist, who fights Nazis. On the cover of the first issue, the Escapist punches Hitler in the face. As the situation in Europe grow more dire, the Escapists feats against Nazis and the German army grow ever more impressive but violent. At the same time, Joe is fighting to find a way to have his younger brother brought over as well.

It’s pretty clear that the book’s fictional Escapist hero is meant to be a literary stand-in for Captain America. Captain America was depicted punching Hitler in the face on the cover of the first issue (released about nine months prior to Pearl Harbor) and received heavy criticism as a result. 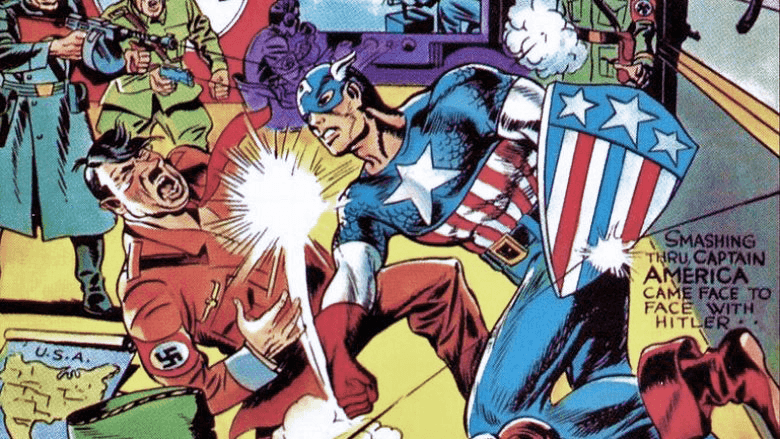 So, why read this book? Well, for starters, it tells a relatively obscure story about comic books and the rise of the modern comic book hero. Comic books exposed Americans to the atrocities leading up to and during the Holocaust, which was obviously an important social justice issue at the time.

By shining a light on the current events in Europe, early comic book heroes helped to shape the mores of those living in the United States which eventually led to the U.S. involvement in World War II. The idea of openly opposing the Nazis in war, while it seems obvious now, was controversial at the time. Joe faces a lot of pushback from his publisher about his very political stance.

It also uses its narrative yarn to loop in other aspects of the social justice struggles of pre-WWII America. Joe’s fight to have his 12-year-old brother, a Jewish refugee, sent over to the United States seems especially relevant now. While stories about refugees suffering or dying in transit trickle in, Joe faces roadblock after roadblock of bureaucrats with “antipathies” toward refugees.

It’s common to view the social justice battles where previous generations fought and prevailed as being part of the inevitable march of progress, while our own battles face much more skepticism and seem impossible. But how could we have been so cruel to Jewish people fleeing before WWII? Well, probably in much the same way we’re cruel and inhumane to refugees now.

In The Amazing Adventures of Kavalier and Clay, through the lives of two cousins living in Brooklyn, we get to revisit a part of history in a way that feels very lively and present. We’re also reminded of the difficulty of fighting the good fight, especially when it gets in the way of your personal ambitions.

“I’m tired of fighting, maybe for a little while. I fight, and I am fighting some more, and it just makes me have less hope, not more. I need to do something… something that will be great, you know, instead of trying always to be Good.”

It’s ironic, then, that my biggest gripe about this book is also a social justice issue: the representation of women. It is extremely insulting. The only female character with a significant role in this novel is Rosa Saks, a proto-typical manic pixie dream girl who is lying naked in a bed when we meet her. If this book were written today, she’d probably be depicted as the “Cool Girl” instead, but this was published in 2000.

Chabon’s novel exemplifies and takes to extreme the classic madonna-whore problem where every woman is either someone’s mother or she spends all her time naked and rolling around in bed. Nearly every female character that is not someone’s mother is literally naked or doing the dirty within the first few pages of meeting her. Even when clothed, the women in this novel spend a lot of time in the kitchen (sometimes they take a break to quarrel or cry about not being proposed to). There’s even a scene where Rosa is both partially dressed and cooking in the kitchen.

She lit a cigarette and walked into the kitchen in her underpants and brassiere, the bramble of her loosed hair flapping around her head like a crown of plumes.

In the kitchen she took out a saucepan, melted half a cup of butter, and thickened it with flour to a paste. To the paste she added milk, a little at a time, then sale, pepper, and onion powder…

Honestly, the situation here is bad, like really bad. The women are subservient and exist only to serve the men in their lives. Rosa quits her job and spends her time cooking for Joe, comforting Joe, sleeping with Joe and sometimes she paints pictures … of Joe. Like I said, it’s bad.

When tragedy strikes, Joe seeks comfort at his aunt’s house and doesn’t want to see Rosa. This makes sense, of course. After all, his aunt is the Madonna, and Rosa, our plucky maniac pixie dream girl, is obviously the whore.

Even despite the glaring and very noticeable flaw in this book (which is why I originally stopped reading it in disgust), the The Amazing Adventures of Kavalier and Clay tells a unique story. It’s an epic story about comics, anti-Semitism, and stage magicians, and it touches upon the treatment of homosexuals as well.

From a literary perspective, I mean, it won the Pulitzer Prize for Fiction in 2001, so obviously the writing itself is solid. The set-up of the novel has a very epic comic-book novel feel to it too — complete with a backstory and even some villains! — which is a credit to Chabon’s ingenuity and creativity. The characters (well, really just the male ones) are richly drawn and complex.

A few themes crop up repeatedly — the idea that stories are powerful, even if somewhat fictionalized. It mentions again and again stories people tell that sound good or reinforce an idea but aren’t entirely accurate. There’s also the theme of escape and release — and its relationship with danger or even death.

Lively as it is though, the story didn’t have much of an emotional impact for me; I think it’s because I wasn’t very fond of the Joe Kavalier character, which the story really hinges on. The whole moody, depressed (somewhat self-centered) guy schtick with the maniac pixie love interest is a trope that hasn’t really aged well. It’s an eventful novel and there are parts that are imaginative and engrossing, but it didn’t come together as a whole for me. Towards the end, I had a hard time staying interested.

The book is certainly a colorful and thought-provoking read for anyone interested in this period of time. It’s lively and eventful, but lacked an emotional pull for me to feel invested in it’s sprawling narrative.

The depiction of women in this book really bothered me, to the extent that I am unable to give a hearty recommendation of it to anyone. I was surprised-slash-horrified that so few reviewers mentioned it or seemed to noticed. Sexism aside, the story it tells has it’s charms. I imagine whether you end up liking it or not will probably correlate with whether you identify with its main characters or not.

Have you read it or are you planning on reading it? What’d you think? Let me know your thoughts below! 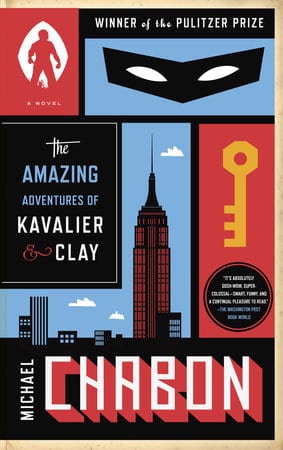 From the Publisher
It is New York City in 1939. Joe Kavalier, a young artist who has also been trained in the art of Houdini-esque escape, has just pulled off his greatest feat to date: smuggling himself out of Nazi-occupied Prague. He is looking to make big money, fast, so that he can bring his family to freedom. His cousin, Brooklyn's own Sammy Clay, is looking for a collaborator to create the heroes, stories, and art for the latest novelty to hit the American dreamscape: the comic book. Out of their fantasies, fears, and dreams, Joe and Sammy weave the legend of that unforgettable champion the Escapist. And inspired by the beautiful and elusive Rosa Saks, a woman who will be linked to both men by powerful ties of desire, love, and shame, they create the otherworldly mistress of the night, Luna Moth. As the shadow of Hitler falls across Europe and the world, the Golden Age of comic books has begun.
Show More
See it on Amazon
Share This
social & email
New Reviews
recent releases
New Posts
recently posted
Discussion and Replies