Audiobooks are something I’m pretty new to, though I know many of you are probably die-hard audiobook listeners. I started mixing some audiobooks into my reading lately though and have been pleasantly surprised by what’s available.

I find that it’s a lot harder to pick out a good audiobook compared to just a good book in general, since there are more factors that come into play. The book itself has to be good but then also you have to like the person’s voice too, which is to some extent a matter of preference.

And then even if you like the story and the person narrating sounds pretty good, the acting or voices used when it comes to the dialogue parts can make or break an audiobook.

Anyway, my point is, a good audiobook can be hard to find! But audiobooks have been getting better and better and Amazon has been going all-in with their Audible Originals lately which often have pretty solid production values. I love that Libro.fm lets you buy the audiobooks from local bookstores, though.

When audiobooks started becoming a thing, I was certain they were not for me, but I recently discovered that they’re good for listening to in the background when I’m doing semi-mindless tasks. I think my comprehension suffers a little though because I only half pay attention compared to when I’m reading.

I don’t know if I’ll ever prefer audiobooks to print books, I certainly don’t think so, but I was also sure I’d never read ebooks once upon a time. And now about half of my reading is done via ebooks on my computer or phone. So, who knows.

Anyway, here’s some of the best audiobooks out there right now if you’re looking for something new to listen to or are just starting to explore the audiobook landscape!

Books with Formats that Work Well on Audiobook

There’s been a few releases lately of certain books that are particularly well-attuned to the audiobook format. I found this to be a good jump-off point to start exploring audiobooks. 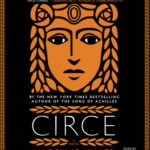 Why it’s great on audiobook: In addition to Circe just being a fantastic book in general, I think the story itself makes it a good audiobook pick. The title character of Circe spends a lot of time on an internal journey, so there’s a number of lengthy internal monologues which I find tend to translate well on audiobook. I didn’t listen to this one on audiobook apart from a few parts, but from what I heard the narrator seems pretty perfect for it. Why it’s great on audiobook: Daisy Jones is written as an “oral history” so the book reads like a transcript of an episode of VH1’s Behind the Music. So clearly it makes perfect sense for audio. I tried listening to part of it, but found the voice acting a little uneven, but others seem to like it.

A great narrator can make a huge difference in the listening experience for audiobooks. I find that comedians narrating their own books is often a winning combination. I didn’t include all those here, since there’s a bunch. Born a Crime by Trevor Noah

Why it’s great on audiobook: This is the first audiobook I ever purchased, and it was the one that made me re-think my whole “meh, not for me” stance on audiobooks. It helps a lot that Trevor Noah has a great accent and the book itself is fantastic. Anyway, suffice to say, I’m a fan of this one. If you haven’t read Born a Crime yet, I highly recommend it, and perhaps you’ll consider listening to it instead! 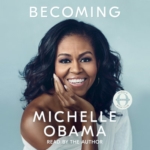 Why it’s great on audiobook: Michelle Obama was always going to be the best narrator for her own memoir. In addition to being a runaway bestseller and what will almost definitely be one of the most read books of 2019, getting to listen to the fabulous Michelle Obama tell her story is a treat. 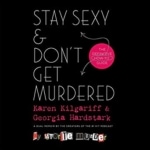 Why it’s great on audiobook: Kilgariff and Hardstark run one of the most popular podcasts out there, so it’s no surprise that their audiobook adaptation of their first book is imminently listenable. Their podcast, My Favorite Murder, is about true crime, but this book is mostly about their personal struggles. 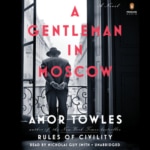 A Gentleman in Moscow by Amor Towles

Why it’s great on audiobook: I’m partway through this audiobook, and I’m pretty happy with it. The story is solid, and other reviews seem to agree. Plus the narrator is well-suited for this story. His character voices are surprisingly good. No Russian accents, I’m afraid, but still solid. This is also a pretty lengthy book, so it’ll keep you entertained for a while. 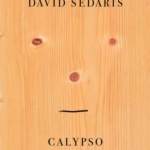 Why it’s great on audiobook: I’d pretty much recommend listening to David Sedaris narrate all of his books. I’ve heard him live a couple times, and he’s just great. His books are funny in general, but listening to him narrate them is even better. If you haven’t heard him, check out the clip below!

Not all celebrity-narrated audiobooks are good, but some of them are standouts. Here’s some featuring good voice acting and recognizable names. Why it’s great on audiobook: Have you ever thought to yourself, gee, wouldn’t it be nice to have Jake Gyllenhaal read Fitzgerald’s The Great Gatsby to me for five hours? If so, have I got the thing for you! Okay, in all seriousness, I think Gyllenhaal does a good job this. Listen to the sample below, it’s quite good! 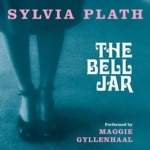 The Bell Jar by Sylvia Plath

Why it’s great on audiobook: Who could possibly be a better or more appropriate person to narrate The Bell Jar than Maggie Gyllenhaal? She’s droll and acerbic when necessary and sounds just as disenchanted as needed to give a voice to Esther. If you’re not familiar with the story, it’s basically Catcher in the Rye with a female lead. 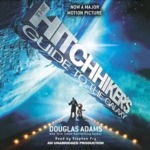 The Hitchhiker’s Guide to the Galaxy by Douglas Adams

Why it’s great on audiobook: The Hitchhiker’s Guide is such a quirky and funny story about trying not to let your house get bulldozed so that a highway can be built, but also about trying not to let the planet get bulldozed so that an intergalactic highway can be built. Who can’t relate to that?! I’m being silly, but the point is Stephen Fry is perfect for the perfectly British humor, and the book is so much fun. Go listen to it! 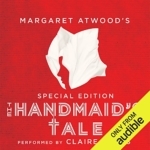 The Handmaid’s Tale by Margaret Atwood

Why it’s great on audiobook: Claire Danes does an impressive job when it comes to bringing The Handmaid’s Tale to audio. I think her voice is perfect for this book — low and serious and emotive. Plus, with Atwood releasing her sequel to The Handmaid’s Tale — The Testaments — later this year, it’s the perfect time to give this a listen.

Audible Originals are, as you might expect, only available on Audible, unfortunately. But they tend to be well produced. Some of them are a sort of a mix of audiobooks and podcasts, since a few of them include extra sounds and whatnot. I’m curious to see if this format catches on. Why it’s great on audiobook: This is an absolutely excellent audio production of Emma. It’s not a word-for-word reading of the book (it cuts out some narration), but it adds some background noise, has good voice actors, and so forth. The main narration is done by the great Emma Thompson. Why it’s great on audiobook: I could listen to Stephen Fry go on and on, but when he’s narrating Sherlock Holmes it’s even better. This collection is a bunch of the Sherlock stories interspersed with introductions to each tale.

Book Details
Published Page Count
See it on
Top Books
this month
Top Posts
this month
read more
Latest from the blog
25 Books Based on Mythology, Myths and Legends