Killers of the Flower Moon Movie: What We Know 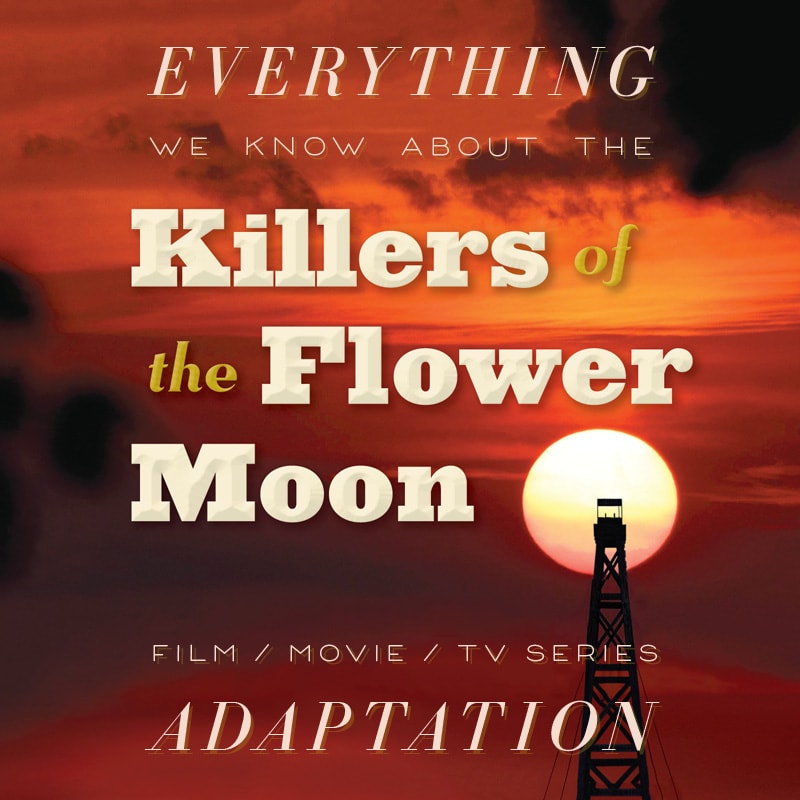 From IMDB: “Members of the Osage tribe in the United States are murdered under mysterious circumstances in the 1920s sparking a major F.B.I. investigation involving J. Edgar Hoover.”

Killers of the Flower Moon was published in April 2017.

What format will it be? Will the Killers of the Flower Moon adaptation be a Movie or a Series?

In May 2020, Apple Worldwide Video signed on to help finance and distribute the Killers of the Flower Moon adaptation. Paramount will be responsible for the theatrical release of the movie. Paramount acquired the project in June 2019, but the movie’s ever-growing $200 million budget was making them nervous, so now Apple will be partnering in its release too (though the papers had not been officially signed as of May 2020).

The Martin Scorsese-directed film adaptation stars Leonardo DiCaprio and Robert DeNiro. The script is completed and is by Eric Roth.

Before the book was even published, Imperative Entertainment won the film rights in a $5 million bid, upsetting a Paramount-DiCaprio-Scorsese deal that had been in the works. (It sounds like Grann went for them because their bid was significantly more than the alternatives.) However, it looks like in 2019 they worked out a deal with Paramount regarding the rights either way.

What’s the status of the Killers of the Flower Moon adaptation?

The adaptation is currently in active development. As of August 2020, the movie is in pre-production with an anticipated release of 2021.

See the rest of the cast on IMDB, when available.

Back in April 2020, there was an opportunity to win a walk-on role in the movie to support COVID-19 relief. See DiCaprio and DeNiro’s Instagram video about it below (mirror in case it gets removed):

There’s still time to take part in the #AllinChallenge for a chance to join me, De Niro and Scorsese on the set of Killers of the Flower Moon. You’ll get a walk-on role, lunch with the three of us, and some acting tips from Scorsese himself. 100% of all money raised helps support America’s Food Fund, @NoKidHungry and @mealsonwheelsamerica. These organizations are on the front lines helping those most impacted by this crisis. To enter, go to allinchallenge.com or click the link in my bio.

April 15, 2020 Leonardo DiCaprio & Robert De Niro Offer Chance For Walk-On Role In Martin Scorsese’s ‘Killers Of The Flower Moon’ To Those Donating To All In Challenge

May 27, 2020 Apple To Team With Paramount On Scorsese-DiCaprio-De Niro Drama ‘Killers Of The Flower Moon’