It’s that spooktacular time of the year again, which means once more the desperate scramble to find a perfect Halloween costume.

Lucky for us book loving people, we have an array colorful characters to choose from. And because book-ish costumes are obviously the best costumes, I thought I’d offer up some literary-themed Halloween get-ups for your consideration:

A Handmaid Costume from The Handmaid’s Tale 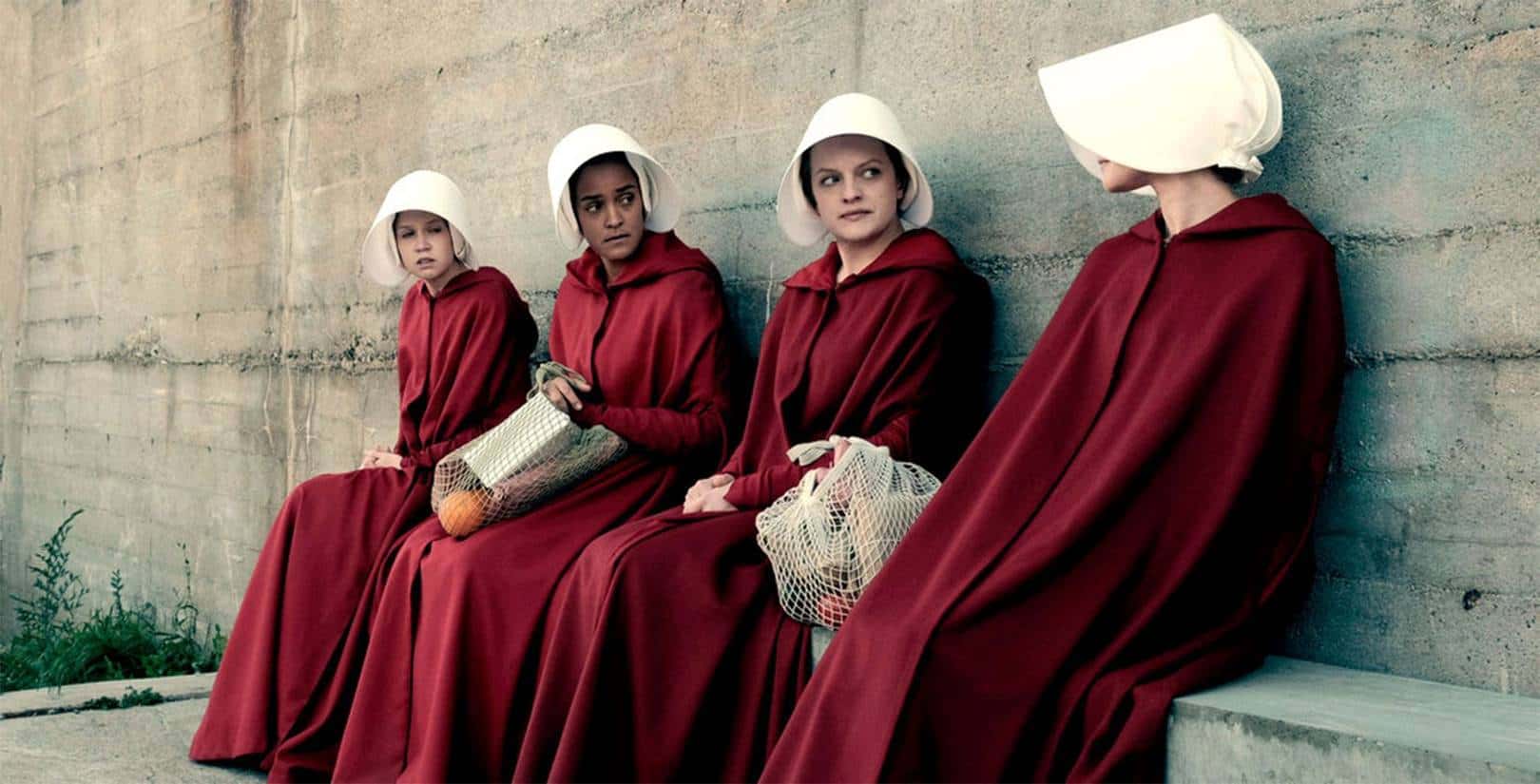 You probably won’t be the only handmaid out there, but this is a good one if you’re looking for something uncomplicated and comfortable, but don’t want to seem like you made no effort. You’ll just need a white bonnet and then a red cloak. This is also a good group costume. 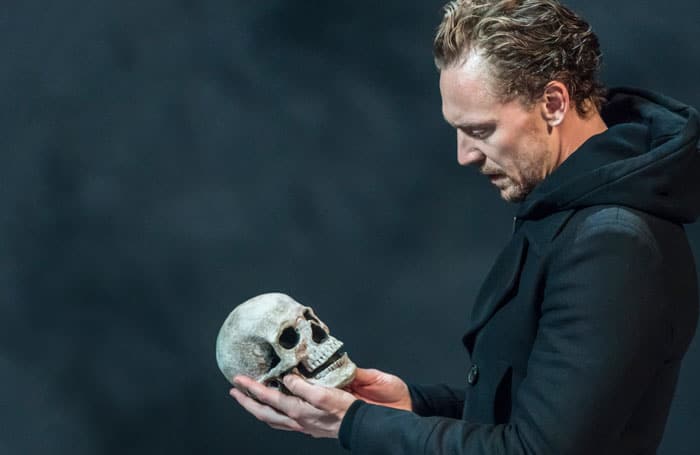 For this costume, you’ll need a nice foamy skull so people know you’re Hamlet. From there, you can wear dark colors, a dark hooded robe or a Shakespearean costume to complete the outfit.

Belle Costume from Beauty and the Beast 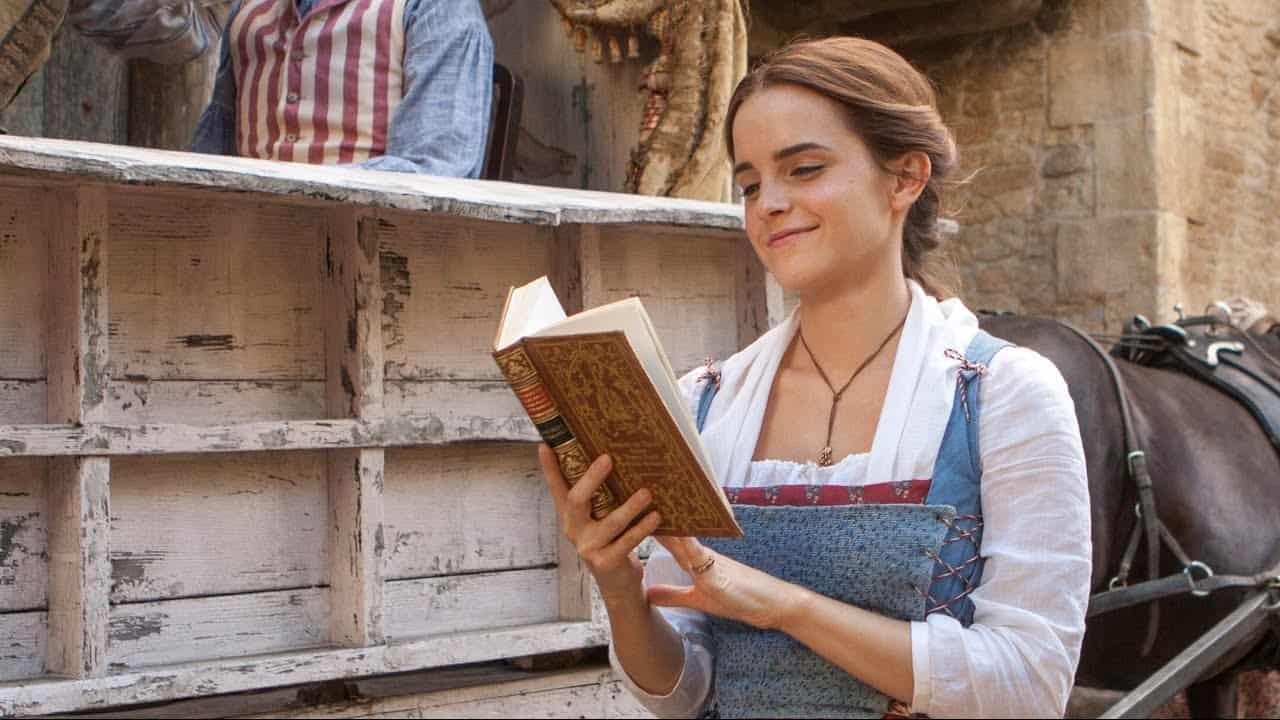 Belle is truly the book advocate among the Disney princesses. Just get a Belle costume (preferably the blue dress) and don’t forget to carry a book (optionally, you can put it in a basket). 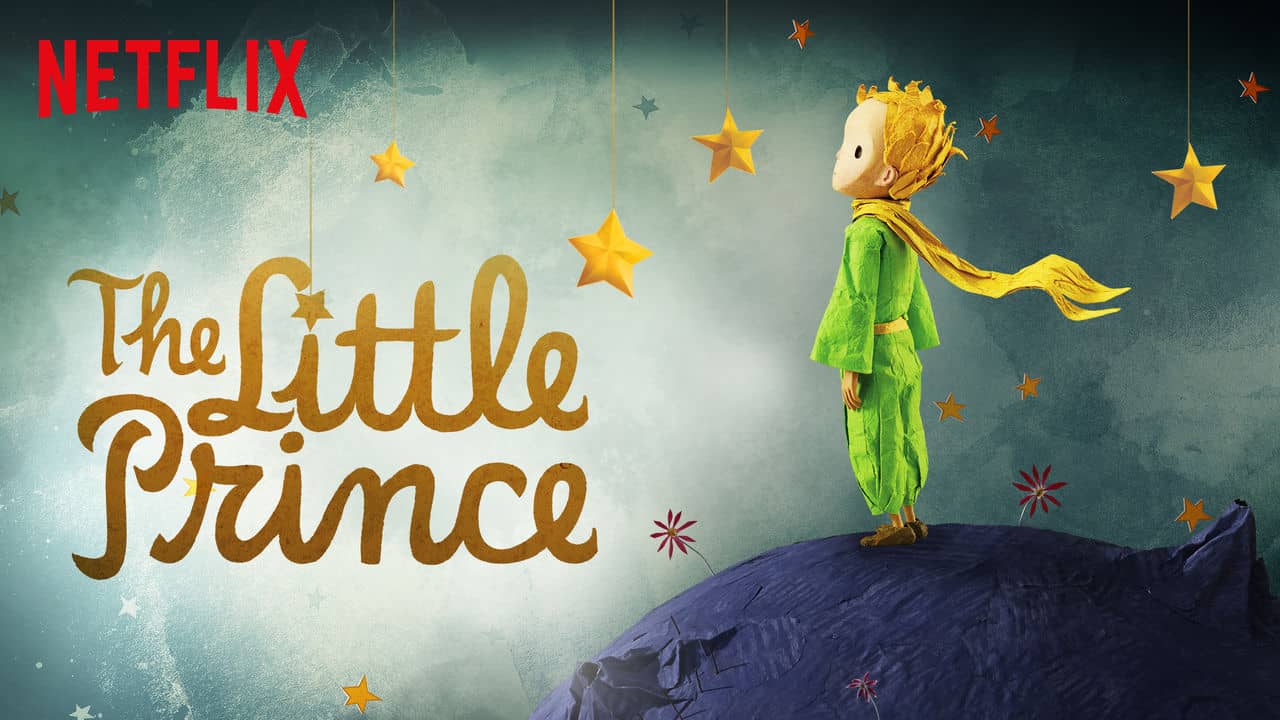 This one is actually good for women, too. You just need a green jumpsuit (here’s a nice and inexpensive one from Forever 21), a yellow scarf and a red rose. Voila! 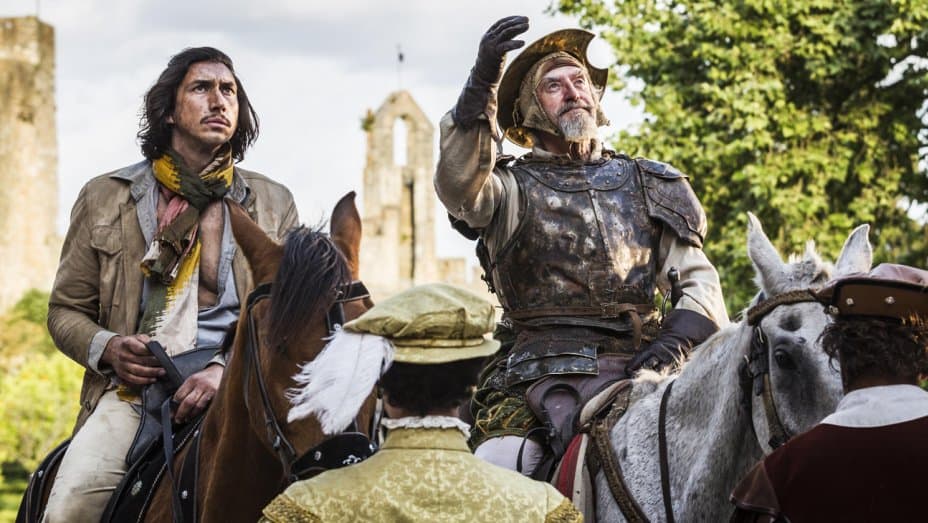 This one could get a bit complicated, but would be fun. To dress up as Don Quixote, you’ll need a knight plate-metal costume, a toy stick horse, plus a musketeer or lance-type toy sword (try not to poke anyone’s eye out).

If it looks ridiculous, that’s okay, cause Don Quixote was kinda nuts anyway. 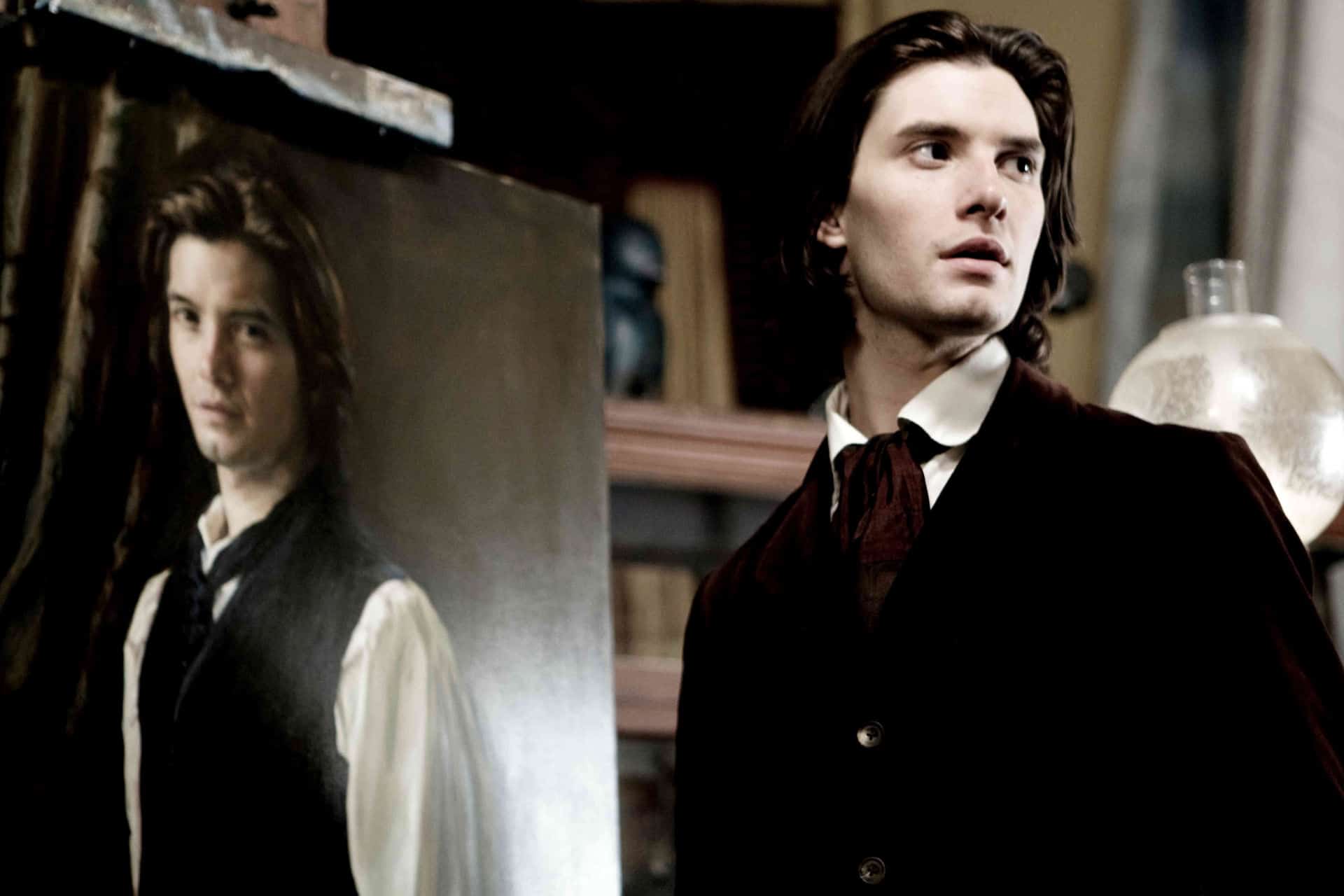 This one requires a little bit of effort. A victorian-era costume will probably help, but honestly you can probably wear whatever. The main thing is you’ll need to get a photo of yourself in the same outfit and photoshop it so you look worse. Pop it into a wooden picture frame and there you go. 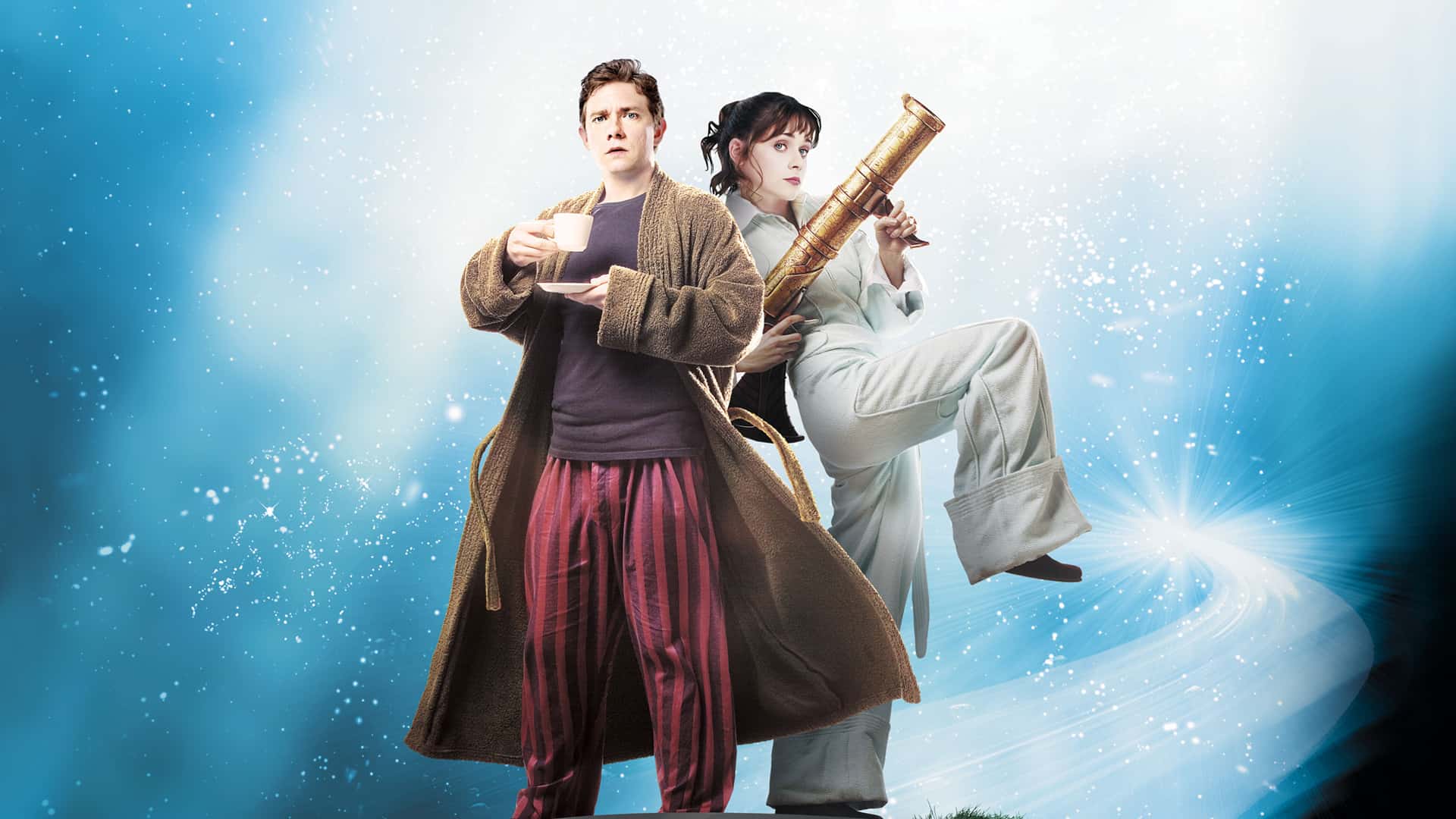 As far as comfy Halloween costumes go, dressing up as Arthur Dent from Hitchiker’s Guide to the Galaxy is about as good as it gets. You’ll need: a terry green or brown bathrobe, a mug (preferably white), a towel (also white) and some type of patterned pajama pants.

If you want to be more sure you’ll be recognized, you could carry or wear a sign or something that says “DON’T PANIC”. 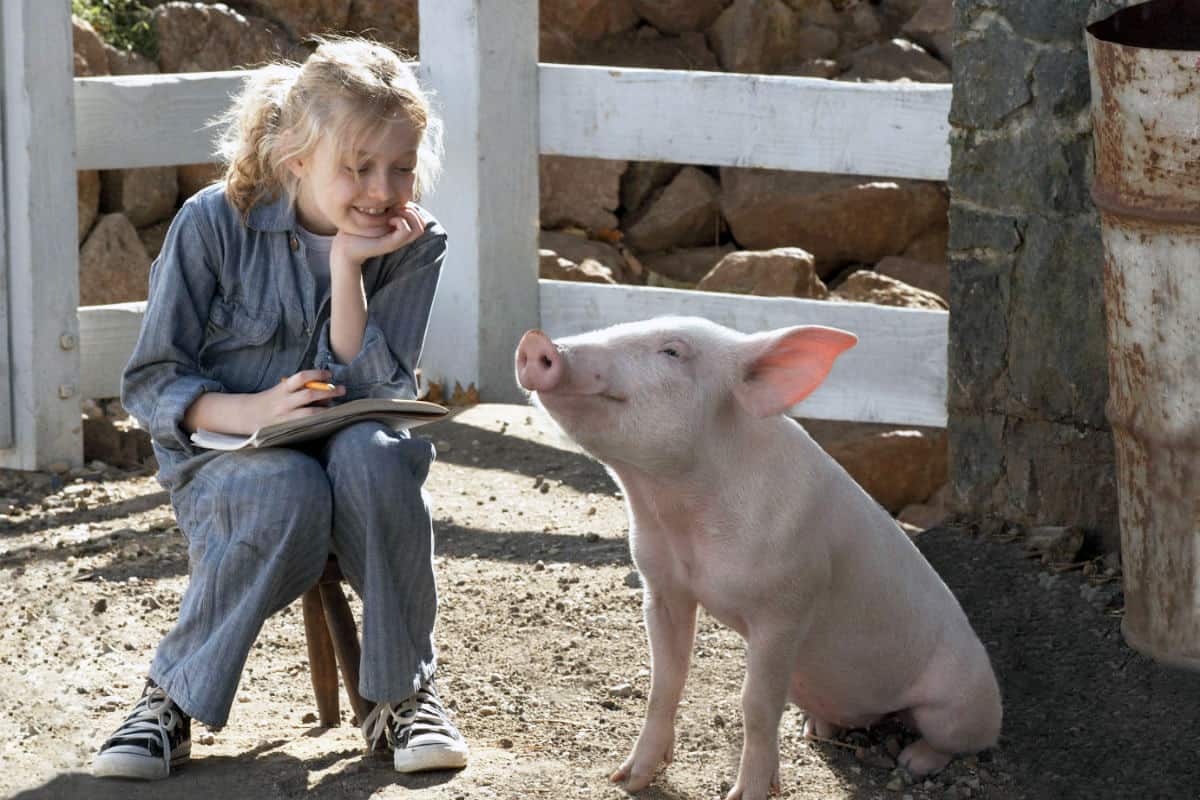 This one’s easy. Grab yourself some overalls and a pink stuffed pig to turn yourself into Fern (the little girl) from Charlotte’s Web. If you want to be extra sure people know who you are, carry the book with you. 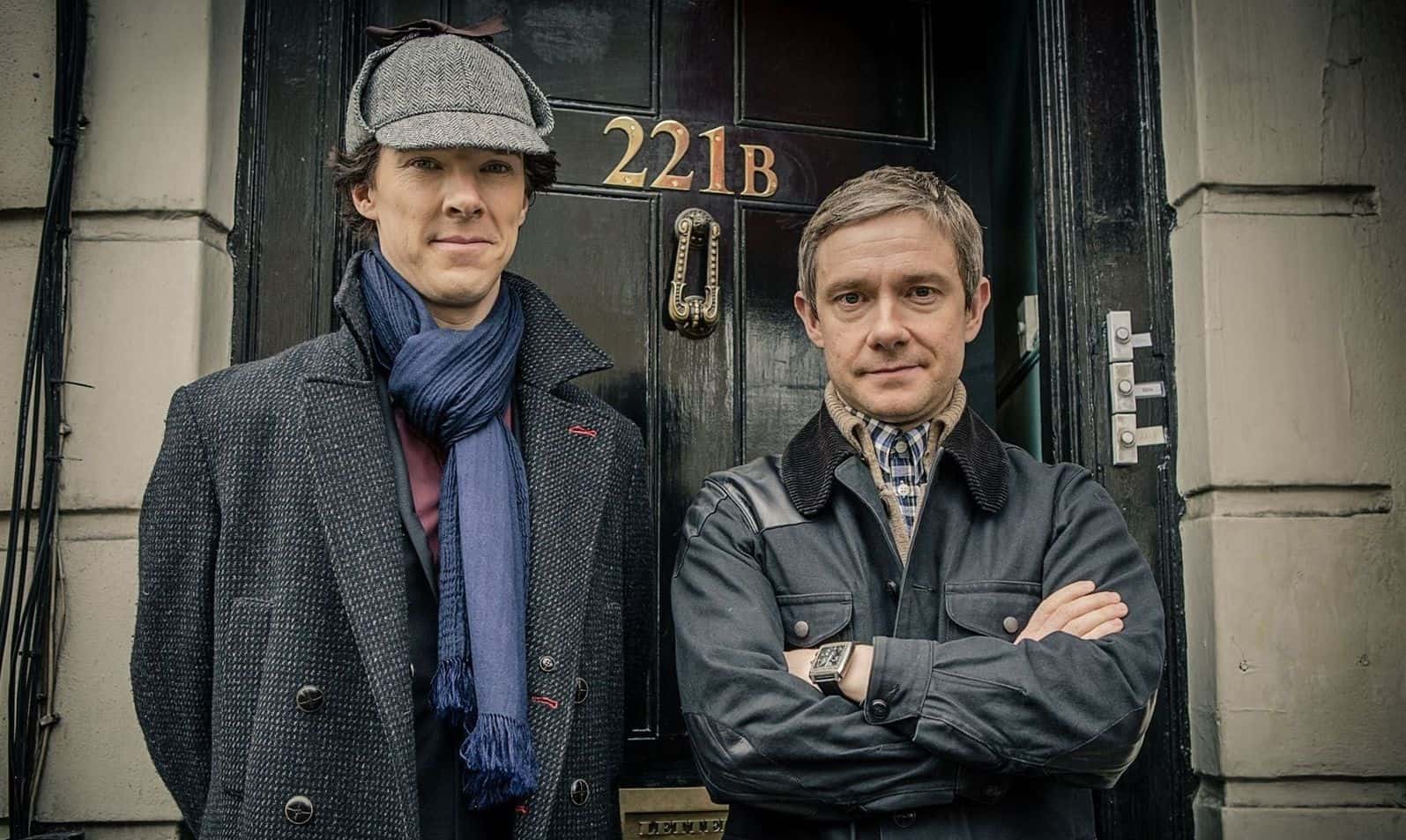 This one is not the most original but it’s a good one because it’s so easily recognizable. Plus if you’re Halloweening in colder climates, you can stay warm. A pipe, some type of herringbone hat, plus a magnifying glass will do the trick.

For more warmth, grab a structured wool coat or blazer like a peacoat or trench and wear a scar. 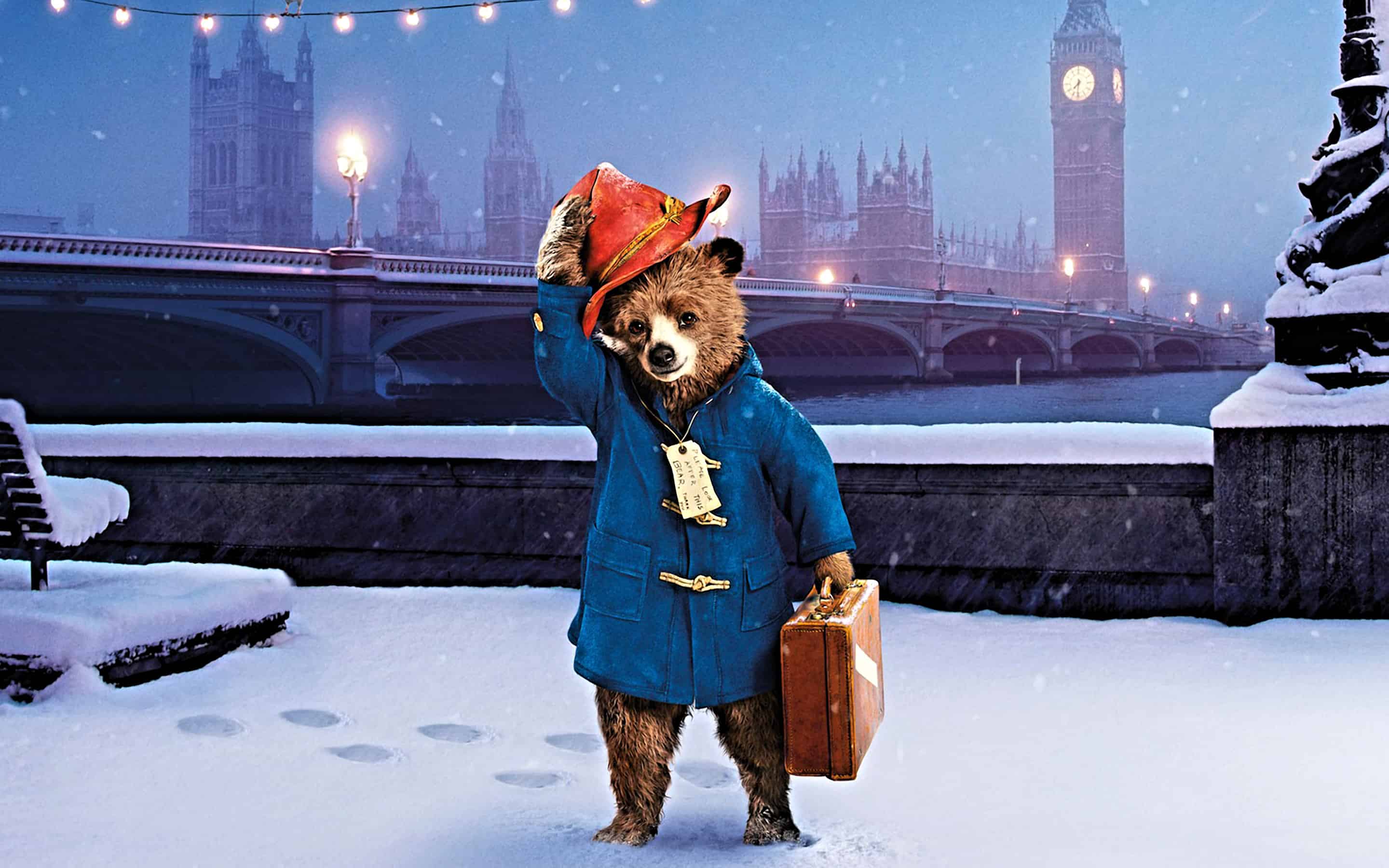 This is a good one if you want to look cute, but not like slutty-cute. Get yourself a hat with bear ears or a red hat and also a blue raincoat or navy blue wool duffle/toggle coat.

Then, tack on some red wellies, and bring a leather suitcase if you have one.

By the way, the Padding costume works well for pups too. 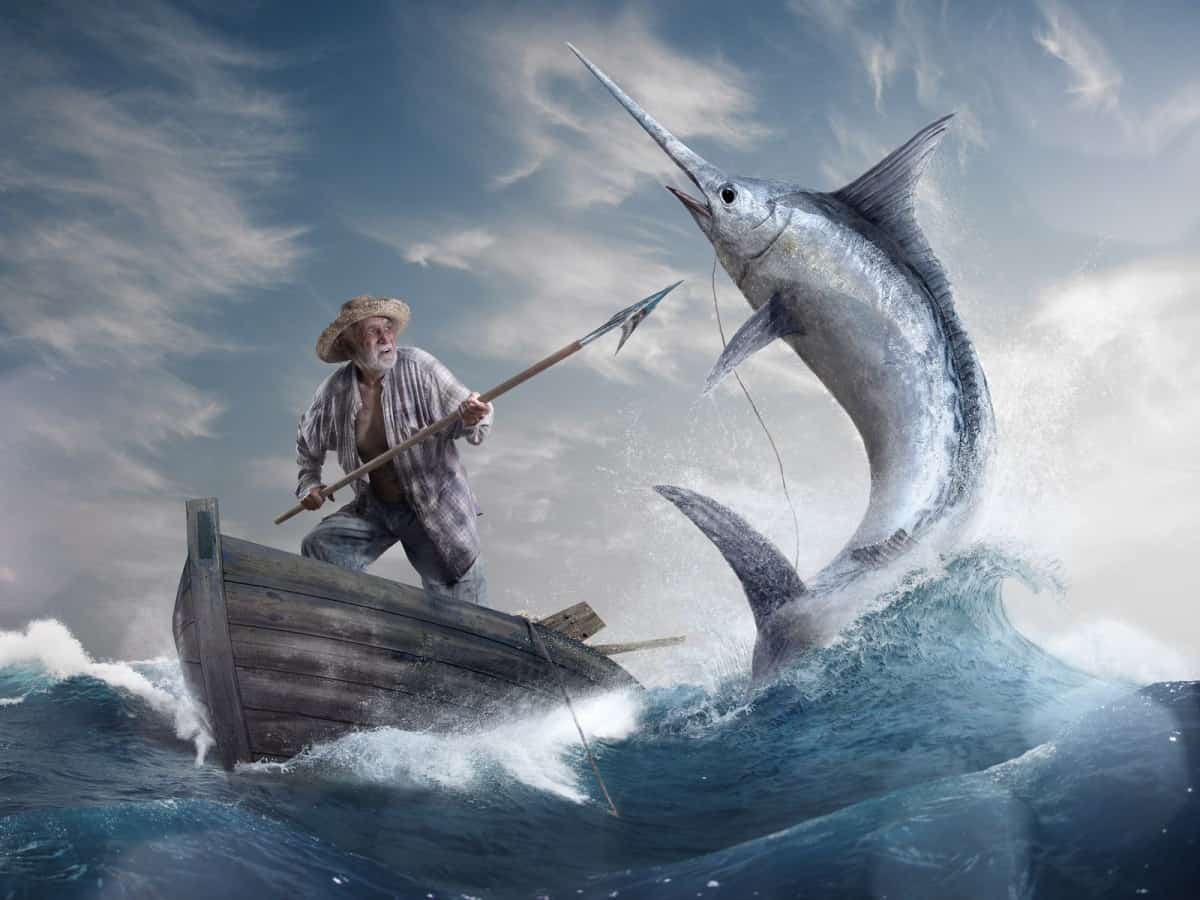 If you want to go for something a little more hardcore literary, how about Santiago from Hemingway’s Old Man and the Sea? You’ll need a big stuffed shark (it’s actually a marlin, which is a fish, but let’s not get caught up in technicalities), a fishing rod and fishing gear (or just get a fisherman’s costume).

Alternatively, you could do this as a couples’ costume. With one person as a fisherman and another as a shark. Or if you want to take a very literal (as opposed to literary) approach, you can do one person dressed as an old man and someone else as the sea (this is a great one for those of you who like using Halloween as an opportunity to do cool makeup or wear an awesome headpiece. Google “water nymph makeup” or “sea queen costume” for more ideas on how to pull off this look.)

Lennie from Of Mice and Men 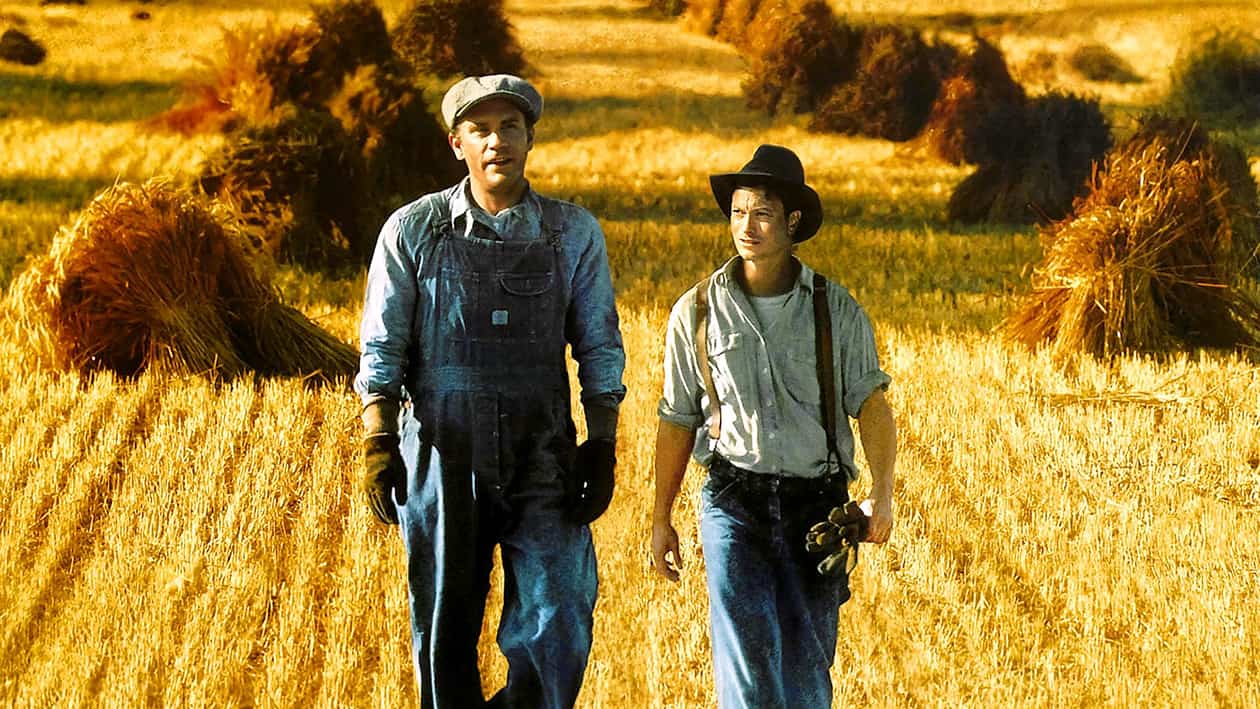 For an alternate Hemingway-inspired costume, just get a pair of overalls and bring along a baby chick. This works better if you’re a big dude.

Hester Prynne from The Scarlet Letter 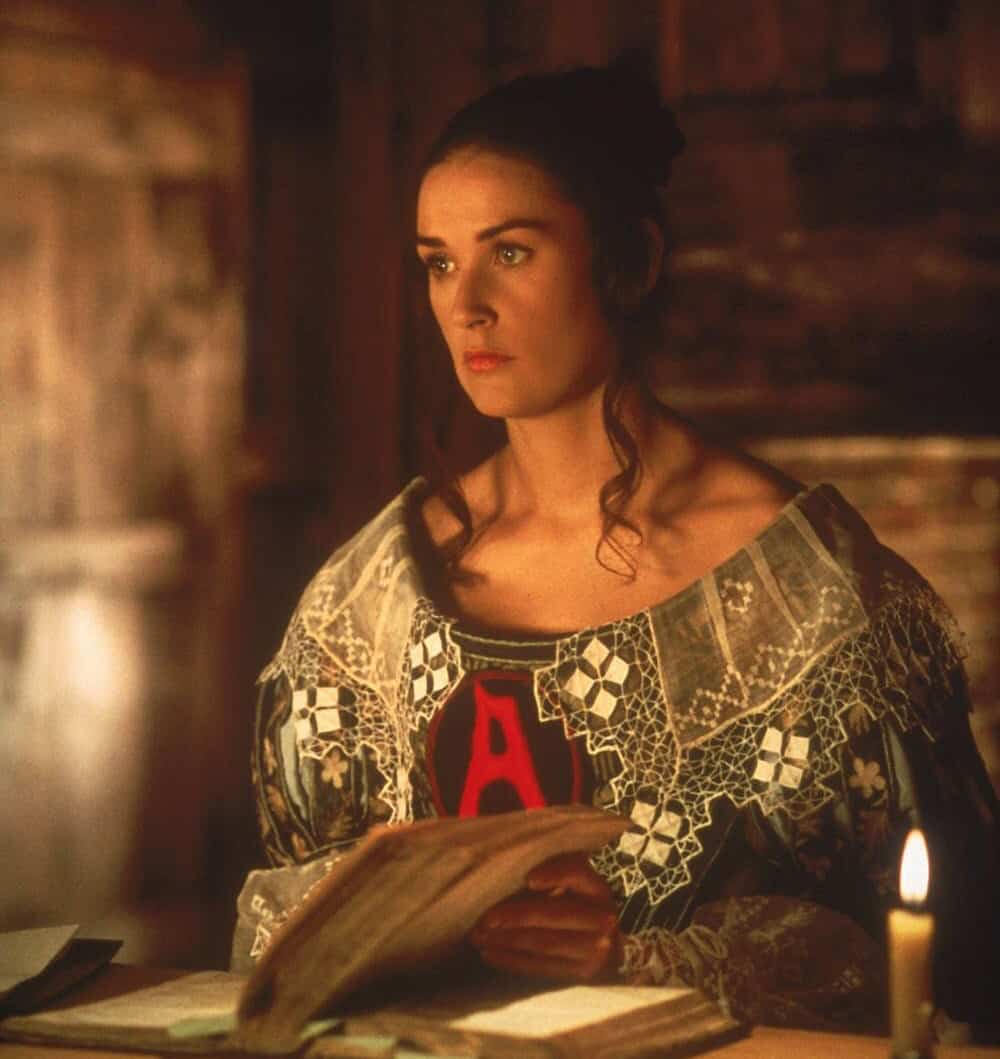 Nathaniel Hawthorne’s Hester Prynne makes for a memorable character. Wear a puritan or pilgrim costume and slap on a red A, and it should be immediately recognizable. I’d recommend embroidery or just a cardboard cutout to wear hanging from your neck for the A.

So, that turned out to be more than ten because then I thought of a few more, haha. But if you need some more ideas, drop me a message in the comments and maybe I’ll tack on a Part II at some point. And don’t forget about the easy ones like Harry Potter, Lord of the Rings or Game of Thrones (there are always a bunch of these so I didn’t include them here).

Hope this helps with the costume ideas! Are you planning a literary halloween costume? Have you seen a really good one somewhere out in the wild? Subscribe to The Bibliofile to find out when new stuff gets posted and have a spooktacular Halloween!

P.S. For some Halloween-ish reading materials, try We Have Always lived in the Castle by Shirley Jackson or Practical Magic by Alice Hoffman.

Book Details
Published Page Count
See it on
Top Books
this month
Top Posts
this month
read more
Latest from the blog
25 Books Based on Mythology, Myths and Legends